Research by Tony Cassidy and his team at Ulster University reported in Therapy Today, suggests that families with lots of boys are more vulnerable in times of divorce. It appears that girl’s in the family promoted a more “open attitude”, and encouraged family members to “talk about feelings” more often. The implication is that this helps mitigate the worst effects of family breakup.

The Therapy Today article then went on to suggest that boys, as men do, tend to keep their problems to themselves, and try to work them through on their own. This is just a restatement of what we already know, that men and women’s emotional lives are quite different (see earlier post).  The significance of Professor Cassidy’s research is that this is evident in children and has implications for both boys and girls. There is nothing new in these ideas. In fact it is one of the central premises of the classic book by John Grey, Men are from Mars and Women are from Venus.

What rattled my cage, though, was that this research was reported in Therapy Today (representing a female dominated profession), with the headline “Sisters ‘make people happy’”. I have to state at the outset that I have not read Tony Cassidy’s research.  I am content to take his evidence at face value.  What I found frustrating was the headline itself – the subtext being that boys and men’s emotional styles make ‘people’ unhappy.  If this was a claim made about girls and women, there would be plenty of people to stand up and condemn such a remark as being sexist.  They would be right.

What we have to be so careful to do is not to draw the implication that somehow girls (and women) get full marks for emotionality with men’s emotionality being second best. It’s simply not good enough continuing to “blame” boys and men for being the way we are. The methods that work for girls and women are great … for girls and women. We should stop giving boys the message that they should be more like girls and start looking at how best to support boys (and men) in terms that are relevant and accessible to them.  I suggest that Tony Cassidy’s research contributes to that debate, whereas the Therapy Today headline cheapened it.

God On The Brain

When I was a university student, I formed some pretty strong conclusions about God and about science. God, or so I reasoned, was about the meaning of life and  morality, whereas science was about laws that govern the “stuff” that makes up the universe. There was no way in which one could inform or contradict the other. They were, or so I thought, different areas of human experience, so there was no point in saying things like “science proves that God doesn’t exist”, or that “science shows us the best way to behave is…”. 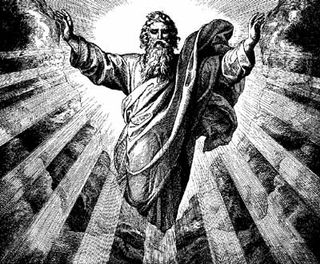 Looking at some of the review articles appearing in the New Scientist this year (see below) has challenged my view that the two areas of life are completely separate, and has done so in quite an unexpected way: by showing that God is literally on the brain. Here’s some of the evidence.

1. The brain sees the world as composed of two different kinds of objects, one which looks at inanimate objects, and one that looks at minds. The Yale psychologist Bloom is cited as referring to this as “common-sense dualism”. Two different brain systems, one for each type of object. By separating “minds” from “stuff”, the brain can quite easily conceive of minds that are disembodied from “stuff”. Kids, for example, often have “imaginary friends”. It isn’t much to then conceive of the minds of dead relatives, or indeed, the mind of God.

2. Developing from this idea, are the brain imaging studies that show that the brain responds differently if asked to talk to real people, compared to imaginary people. Talking to Santa Claus, apparently, does not light up the brain in the same way as talking with your girlfriend. What was interesting about these studies was that when asked to pray to God, the parts of the brain associated with talking to real people lit up.

3. Another area of interest concerns the brains overdeveloped sense of cause and effect. People tend to see patterns in the world, even when they don’t exist. Kids are particularly good at this. Research by Keleman cited by Brooks show that seven or eight-year-old children believed that, for example, pointy rocks were created for animals “to scratch themselves on”, or that “birds exist to create nice music”. Petrovitch, again cited by Brooks, suggests that even adults who describe themselves as atheists and agnostics are prone to supernatural thinking.

4. Finally, the more under stress we are, the more likely we are to use this cognitive bias. Asked to find patterns in random dots, stressed groups of people routinely find more patterns than relaxed groups of people. This might account for why church attendance increase during times of economic downturn.

What conclusions can be drawn from these studies? I guess the most important thing to say is that there is nothing in this which proves, or for that matter, disproves, the existence of a deity. Reassuringly, the science leaves everything where it found it. What is interesting, though, is that these studies suggest that the human brain is naturally predisposed to supernatural and magical thinking. It is, if you will, the brain’s default cognitive style. Rational thought is something we find harder to do, particularly when stressed, or distressed. This does not explain away God, but it does make it easier to understand why people are so drawn to a spiritual path, and often at times of crisis.