Anger is an emotion we all feel from time to time. It’s normal, even healthy. In fact if we don’t express our anger it can be unhealthy, making us stressed and even depressed. Feeling anger is morally neutral, it’s neither good nor bad, it just is. We are entitled to feel angry, but what we do to express it can be problematic, especially to women. Why is this? 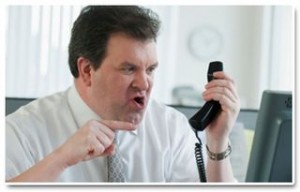 Well often when we get angry it triggers the ‘fight or flight’ response. This is a basic human instinct that is controlled by an evolutionary old part of the brain. As the name suggests, once it is triggered our bodies are primed to either fight the threat or run. Adrenalin pumps through our system and the blood rushes to our limbs in readiness to protect us. Our boyhood years were spent play fighting to fine tune our capacity to defend and attack. For a man, our inclination when angry is to aggress.

Women have the fight or flight response too, but they have also developed a different system called ‘tend and befriend’ to ward off the worst excesses of their aggressive behaviour. Thinkers in evolutionary biology suggest that because it’s harder for women to fight or flee if they are also responsible for vulnerable children, women have developed a different system which prioritises keeping the peace and diffusing tension. It’s not that women don’t aggress; just they get their own way differently to men.

For women, of course, male aggression is problematic. Being physically smaller and weaker than men, they are naturally fearful of male aggression. As we get older, and our levels of testosterone drop, we naturally become less aggressive. This does not mean to say that we should not work to spot and curb our aggressive behaviour toward women and, indeed, other men. But how to do this?

Well most of the threats we experience that make us angry in the modern world are psychological threats not physical threats. The fight and flight response, in other words, gets triggered because of what we think is a threat, not what is about to kill us. Thoughts like “he’s looking at me funny” or “She’s taking the piss” can make us furious. Fortunately we can spend time learning what triggers our aggressive behaviours, and learn to think more flexibly and creatively in response to the perceived threat. In this way we even cut the root of our anger in the first place.

Although anger is normal, aggression is generally inappropriate in most situations. If we consistently and relentlessly aggress, especially to someone smaller and weaker or less able to defend themselves, then this is abuse. Often men find it difficult to place their behaviour on the anger-aggression-abuse continuum. Learning for yourself the boundary between when expressing legitimate anger becomes aggression, and when aggression becomes abuse, is a useful skill to have. If you’re unsure where your behaviour fits, try asking those around you. Women are much better at spotting the boundary, so I would ask them first.

It has been known for a long time that when a person consumes a dose of glucose orally, the body releases a greater quantity of the glucose-reducing hormone insulin than if the same quantity of glucose was injected directly into the bloodstream through a vein. This difference in insulin release is due to the action of a separate hormone called incretin, which is produced in response to the ingestion of food by the intestine.

While the presence of an increased concentration of glucose in the blood stimulates the pancreas to produce the hormone insulin, the function of incretin is to further stimulate the secretion of insulin by the pancreas. The resultant lowering of blood glucose is termed the “incretin effect” – a physiological response by the body to manage an influx of glucose that comes from the digestion of glucose-producing foods.

Chemically, the incretins are peptides – hormones that the normal gut releases into the bloodstream in response to food. In recent times, research workers have found that in people who have type II diabetes, this incretin response is reduced, and this results not only in a relative lack of Insulin available to metabolise the glucose load, but also a failure of appetite suppression (which usually occurs when the bloodstream receives a load of glucose).

The findings have opened up a new avenue of therapy for the management of diabetes. If the activity of the incretin system could be enhanced, the lack of nutrient-induced insulin secretion and the consequent inappropriate rise of blood sugar levels (termed hyperglycaemia) could be better controlled.

The development of drugs to manipulate the incretin system has been going on for several years. This research work has revealed much about the how the body brings about glucose homeostasis and the effects of type 2 diabetes. Based on currently available evidence, these new drugs will provide additional therapies for type 2 diabetes.

In order to increase the amount of incretin available to act on the pancreas to stimulate insulin release when the body is subject to an ingested glucose load, pharmacologists must either find a way of administering incretin artificially or devise an enzyme that inhibits the natural breakdown of incretin.

Understanding Diabetes
Diabetes is a complex disease and medical references written about it can be hard to understand but the major points are really pretty simple.

Since incretins are metabolised by an enzyme termed dipeptidyl peptidase, selectively inhibiting this enzyme is a good method of increasing the concentration of circulating incretins, and this is the path being followed today by pharmacologists.

A key set of data that will become available over the next few years will highlight the effect of these drugs on the pancreatic islets, with particular emphasis on their ability to prevent or delay secondary β cell failure. Should the use of incretins be shown in patients with type 2 diabetes to prevent or delay failure of the pancreatic β cells (which produce Insulin), then a strong case could be made for starting these drugs very early in the disease, perhaps even in the pre-diabetic phase.

Incretin-based therapies offer a new approach for the management of type 2 diabetes, with a mechanism of action distinct from any existing class of glucose-lowering agents