You might have thought that being a psychotherapist I would have lots to say about being happy.  This isn’t strictly true though.  Therapists, if I were to be precise, know a lot about unhappiness.  Theories abound explaining our depressions, anxieties, and problems in living.  We don’t have a particularly good grasp of happiness, which is kind of strange since this is what most of our clients are searching for.

Martin Seligman is an unusual psychologist in that he has devoted his career to researching happiness.  His book, ‘Authentic Happiness’, promises to reveal what makes a person happy and is packed with interesting research to back up his point of view.

At heart, Seligman resuscitates the idea of ‘virtue’.  If this sounds a little old fashioned then it is.  The ancient Greeks were the first to suggest that virtue was the basis of a good life, and they go back over 2000 years!

The trouble with ‘virtue’ or ‘good character’, from a psychologist’s point of view, is in the ‘operational definition’.  That is to say how to define and measure it.  After all, if you can’t define and measure virtue, then you can’t conduct research to find out if it does indeed matter.

Seligman attempt to solve this problem was to first search for virtues that all societies have in common.  He came up with the following list:

As an act of scholarship this is an extremely valuable list.  What Seligman does next with the list of virtues is to further refine them into a list of 24 ‘signature strengths’.  The key to happiness, for Seligman, is to work out what your signature strengths are, and find work, play and family life that let you practice them often.  To help you do this, and rate your progress towards achieving happiness, Seligman offers the reader numerous questionnaires.  If you visit the Authentic Happiness Website you can even fill them in online.  Registration is free and offers you averaged information about other people’s scores too which is fun.

This book offers more than just this theory.  The book also provides a valuable analysis of how to find happiness in your past, present and future.  Perhaps sobering for a talking therapist, Seligman argues that understanding your past is not the key to being happy about it. Rather Seligman suggests we should cultivate gratitude for the people who have helped us, and forgive the people who have hurt us.  It is in the gratitude and the forgiving that we come to remember the past as happy.  For me, this was the most valuable lesson I learnt from the book.

Male: The Gender Of Extremes.

Men have produced some of the most spiritually transcendent philosophies the world has ever seen. Christ, Buddha and Mohammed all lived at the dawn of history yet still remain revered by many. These were not just great thinkers, but great human beings.  But not all men are like this. The male gender has also produced some of the worst rogues on record. Two of them, in the shape of Hitler and Stalin, in the 20th century alone.

One theory is that whilst women converge to the mean on the spread of the population, men tend to have a broader spread across the population. The “average” man and woman may be the same, but the differences in spread accounts for why more men are to be found at the extremes.

This difference in spread of IQ may help to account for why there are so many Nobel laureates who are men, but also why there are so many men in prison. Indeed illiteracy is phenomenally high in the prison population, which is, of course, a population of mainly men. Arguably you need a degree of literacy in order to participate and succeed in modern society, and indeed, defend oneself against the state. As a result there are more men who are ill equipped to succeed and prosper in society than women.

These patterns have not just been found in IQ but in other measures of personality. This does not restrict itself to psychological scores but can be seen in other areas of experience.  Take education as an example.  Girls are more likely than boys to be good all-rounder’s.  Boys, on the other hand, are more likely to be good in certain provinces of learning but bum out completely in other areas of learning.

Men, so it seems, are more likely to be found at the extremes of behaviour. As a gender, we seem to have evolved to be specialists rather than generalists.  Why this might be so, however, is an open question.  My best guess is that much of behaviour evolved as a ‘sexual ornament’ to attract a mate.  The selection pressures to develop unique talents were therefore higher for men than women.  But because you can’t be extremely good at everything, this means that men are consequently extremely bad at other things.  This might create a pressure in sexual selection toward the extremes of ability/inability in men.  But it’s just a thought.

We can all feel low and poorly motivated from time to time.  But for as many as 30% during our lives, our low mood and lack of motivation just won’t shift.  Often, despite our best efforts, and the efforts of those who care for us, our low moods exhaust our ability to cope.  We have become depressed. 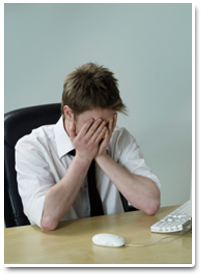 The question for mental health practitioners is how best to help someone who has become depressed?  One treatment strategy, the medical approach, involves prescribing an antidepressant.  These work on the neurotransmitters in the brain cells to improve our mood.  The other strategy is to use a proven psychological approach like counselling or cognitive behavioural therapy (CBT).

On the face of it looks confusing for the patient.  Is my depression a biological illness, or a psychological problem?  The reality is that depression is best seen as both biological and psychological.  Just two sides of the same coin.

For talking therapists like myself, the interesting question is, are the interventions I use effective for people with these biological markers of depression?  In a recent study by Oei in the journal Behavioural and Cognitive Psychotherapy, patients with high levels of catecholamine’s and low levels of catecholamine’s  were each given a course of CBT.  Although the high catecholamine’s group had a higher score of depression severity at the start of therapy, both groups showed the same rate of improvement overall.

What does this mean?  Well in short it suggests that CBT is an effective treatment for depression, even for people showing evidence of a high ‘biological’ component.  This will bring some comfort for those people who are depressed and don’t want to take medication.  CBT also holds the advantage that you learn the skills to stay well which, if practiced, will help keep you well for the long term.  Unfortunately with medical approaches, the depression can sometimes return once the medication is stopped.

My own view is that antidepressants and talking therapies like CBT both have a role to play in the treatment of depression and often work extremely well together.  But if you really don’t want to take tablets, CBT or counselling really is an effective option for many people. 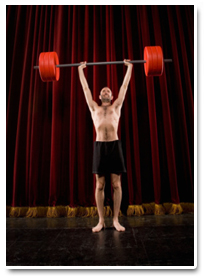 Depressed mood is one of the most common problems I see in my practice with men. Feeling low is not the only symptoms guys complain of. Often low mood is coupled with a lack of energy, sleep disruption, reduction of libido, anxiety and appetite changes. Sometimes men feel so bad they think life is not worth living and feel suicidal. Depression is a serious health problem that can lead to death and should never be ignored. The question is how should it be treated?

I recommend a three pronged attack to get your life back on track. Antidepressants, cbt (cognitive behavioural therapy), and exercise.

Antidepressant medication is helpful for many men particularly if your low mood is starting to interfere severely with your life, for example by taking a lot of time off work. Antidepressants, however, should never be the only answer. It is really important that you get to understand ‘the depressed mind’, and how to combat it.

Depression is notorious for ‘rekindling’, that is, coming back again and again and becoming a chronic health concern. If depression is only treated with antidepressants, and you don’t learn the strategy’s you need to stay well, then you risk chronicity becoming a problem.

In fact there is a lot of research around that shows that antidepressants and a talking therapy like cbt, have a cumulative effect upon each other. That is to say having cbt while being on an antidepressant produces a positive effect greater than either antidepressants or cbt on their own.

Is there anything else a man can do? Well I’ve long held the hunch that exercise is a key factor in men’s emotional health. I’m sure it plays a role in women’s emotional health too; I just think it’s even more important for men. In fact a 2007 study in Psychosomatic Medicine found it the equal of antidepressants in curing depression. For this reason I also recommend exercise for the men I se e who are depressed.

There is a problem with exercise in depressed people, in that they often feel too tired and lethargic to get going with an exercise program. I advocate starting with a small but regular exercise regimen: one that is easily achieved. Say a five minute walk to the shops and back, three times a week. Once the routine has bedded down, start increasing the duration and intensity of the exercise. Your ultimate target is three half hour sessions of vigorous, pulse raising, exercise a week. Like antidepressants, it can take several weeks before the benefits of exercise take hold, so stick with it.

I see the best results with men who adopt all three strategies: antidepressants, cbt and exercise. However not everybody’s depression is severe enough to warrant an antidepressant, and some men simply don’t want to take a drug. I can understand and respect this. For these men, knowing that exercise is as effective as an antidepressant in shifting mood is really helpful information. I suspect exercise coupled with cbt is the way to go for these men.

The worst thing you can do if depression has got a hold of your life, is ignore it. If you are feeling depressed at the moment, the time to do something about it is now.