The World Cup And Testosterone

Women are often baffled by men’s reactions to sport.  Indeed some men are baffled too.  As the World Cup will soon be upon us, and the nations euphoria will build on mass before, no doubt, we have to console ourselves at the loss of yet another penalty shoot out, I thought it might be useful to reflect on what’s going on … in our brains. 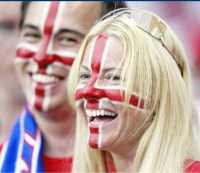 The key to understanding men’s reactions to the World Cup, or any sport for that matter, is testosterone.  From as early as being an unborn child, testosterone shapes and dominates men’s brains.  It literally kills off ‘female’ parts of the brain, and builds the male brain that will seek out beautiful girls … and sport.  So how is testosterone implicated in sport?

Researchers have found that leading up to a competition; men’s brains become flooded with testosterone.  This is the same whether we are competing or simply watching.  The testosterone gives us our sense of excited anticipation, but it also gives us a belief that our team cannot lose.  Given that our brains evolved over millions of years, it’s easy to see why such excitement and confidence could give us an advantage.  Going to hunt or war is going to be more successful if fuelled by excitement and self confidence.

Researchers have also found that if we, or our team, should win, our testosterone levels fly through the roof.  This is a natural high, not dissimilar to cocaine, and it’s addictive.  The natural high these elevated levels of testosterone give us makes us behave with a cockiness and self assuredness that can drive women bonkers.  Women have a testosterone rush with sport too, but with only about 10% of the testosterone of what a man gets, even the keenest women isn’t going to view the World Cup in the same way as a man.  As a result, this part of being a man is permanently off limits to women … they just don’t get it.

You can see this male typical behaviour down the pub.  The excitement and confidence make us wear silly hats and face paint and we bond with our fellow supporters.  The modern equivalent of hunting the wild boar.  If we win … happy days … our testosterone soars and we party on the high.  As our team progresses through the World Cup with (hopefully) win after win, you can see the effects of this group narcosis everywhere, in the proud display of flags and national colours.

But what if we lose?  Well I guess we’ve all experienced that flat feeling when the final score comes in.  The game is over.  All hope has gone.  We have lost.  Men silently finish their drinks and mooch off home feeling despondent, often for days at a time.  It is as if your emotional world has just collapsed.  Why is this?  Well researchers have found that if our team should loose, our testosterone levels also collapse.  As a result, the fuel for the natural high dries up, making is sullen and unresponsive.  We experience a mild depression and self doubt. We even lose interest in sex.  This is a hormonal crisis for men.  A sort of male PMT.

Because women don’t experience the high, they can’t relate to the low either.  Any attempts to explain your feeling of despondency is bound to fail.  Women are biologically not equipped to ‘get’ what we are going through.  The best thing to do is disappear off to the shed for a few days, and wait for our hormones to get back to normal.  Space and time will heal; just let her know that’s what you need.

But what if we don’t lose, what if we actually win the World Cup?  Well we can expect a testosterone high that we will last for months.  The nations feel good factor will skyrocket.  It might even boost our economic output.  Eventually, of course, our bodies will return to normal.  But we will remember the testosterone fuelled euphoria for the rest of our lives.  I hope we win.

This is the second of two posts looking at the dark underbelly of female psychology.  In the last post I looked at abusive women, particularly those with Axis II personality disorders.  In this post I look at female sexuality … and ask is it really benign?

Women are supposed to ‘give’ sex, and men are supposed to ‘get’ sex.  In the ‘getting’ men are morally represented as predatory, scheming, abusive and exploitative.  In the ‘giving’, women are represented as victims, innocent, passive and exploited by male sexuality.  The conclusion that women don’t like sex, and therefore men should be grateful for it, is a moral narrative that is so strong, it’s almost a tautology.  But is there a ‘dark underbelly’ of female sexuality?  I think there is.

One place to start is to look at the differences between male and female sex drives.  Women have a relatively low sex drive in their teens.  As women get closer to the end of their optimum child bearing years (about 30), their sex drive starts to peak then decline again.  Women in need of children can become biologically driven to cut corners on morality in order to achieve them.

Within this lifespan overview of female sexuality is a subdivision concerning any particular sexual partner.  Women’s sex drive is higher at the onset of a new relationship, and this lasts for about six months, before dropping off considerably.  During this ‘nesting period’ women are genuinely interested in sex.  Once the relationship, (and in evolutionary terms, once their first baby) is secured, their interest in sex declines.

These facts of women’s sexual nature demonstrate that women’s sexuality is not in keeping with men’s.  From a bloke’s perspective, we peak around 17, then slowly decline over the life span.  Both are intricately connected with our capacity to reproduce.  Men and women expect different things from sex at different times in our lives and is the source of endless tensions.

Female sexual biology has more surprises in store.  Again from an evolutionary perspective, it is in the interest of a woman, and their children, to secure life long committed fathers who will resource and nurture her family.  Women tend to be attracted to men that are sensitive, stable, wealthy and slightly effeminate, at least most of the time.

This changes for women when they are at their most fertile, around ovulation.  Even though with a committed partner, women’s sexual strategy flips, to one of pursuing ‘alpha male’ types who are more dominant, physically stronger and aggressive.  The strategy ensures she has the strongest and fittest children, with a man behind the scenes to bring up the child.

One in ten men brings up a child they believe to be their own genetic offspring, but is in fact the biological heritage of another man.  In fact a survey in the Manchester Evening News (December 2008) revealed that 53% of women would lie about the paternity of their child.

What about the idea that men are promiscuous but women are not?  This is another cultural stereotype that does not meet the facts.

Research in the journal Animal Behaviour suggests that women with a more diverse histocompatability complex, and therefore more ‘compatible’ with a wider variety of men, are more likely to have more sexual partners.  Monogamy, or so it seems, is not ‘built in’ to women after all.  In fact for some women, promiscuity might be ‘hard wired’, and reproductively advantageous.

Moving on from socio-biology to morality, one of the most upsetting things I encounter in my work with men is helping them to come to the point that they want to finish with their current partner, only to discover that the women has ‘mysteriously’ become pregnant despite taking oral contraception.

Under the emotion of becoming a father, the man often ‘stands by’ his woman, and tries to make the relationship work.  In the 2004survey in the Manchester Evening News (December 8th), it was revealed that 32% of women would pretend to use contraception, like the pill, if they wanted to get pregnant, but their partners did not want a child.  The sooner the male contraceptive pill is marketed, the sooner we can protect ourselves from this kind of predatory behaviour.

Then what about ‘love’?  Women, after all, are more ‘tuned in to their feelings’ than men (or so the gender myth goes).  You can put biology and the morality of child bearing to one side, surely a woman marries primarily for love?  Wrong.  Again the survey in the Manchester Evening News (December 8th) revealed that 23% of women would marry just for money alone.

In reading this post, of course, you could argue against the ‘just so’ nature of the science, or the reliability of the statistics.  My point is not that this is simply ‘the truth’, clearly more research needs to be done, but to highlight that female sexuality is far from morally neutral.  Women are sometimes not only the victims of male sexuality, but men sometimes, can also be victims of female sexuality.  Women may become sexual predators for different reasons to men, but they do so none the less.