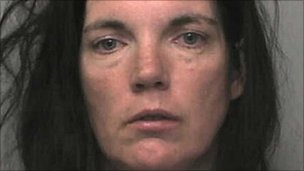 I’ve watched with concern over the past year as a new phrase has emerged in the cultural zeitgeist … the “feckless father”. As a term, of course, it’s surely one of abuse. What man would welcome being described as “feckless”? But I detect a cultural double standard in the way it is used.

Of course we should all be concerned about children raised without a father. Such children are more likely to fail at school, engage in criminality, be the victims of sexual abuse, and even join gangs. There is a time bomb of fatherless children that is not only devastating for them, but also on the future of our society. Kids need their fathers.

By using the term “feckless fathers”, there is a very clear line being drawn. Fatherless children are created by the moral irresponsibility of men. Deciding to have and raise a child, however, is a decision of the woman. Feminism has long argued, correctly, for the “right to choose”: a woman’s right to control her own fertility. If a woman “chooses” to have eight children with eight different men, and discourage contact between the children and the father, is it not the woman who is being “feckless”?

Women can’t have it both ways. If they exercise the “right to choose”, and bring a child into either no relationship, or unstable one, they can’t then blame the man for not being there. My point is simple: the debate about “feckless fathers” focuses on the moral culpability of absent fathers, and does not pay sufficient attention to the moral culpability of single mothers.